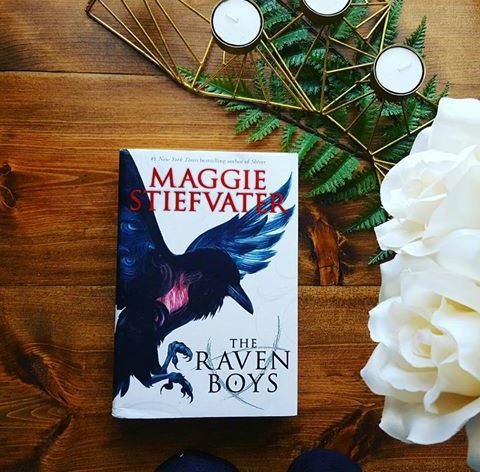 The Raven Cycle is a book series I’ve been hearing so much about that it took me awhile to start it. I shouldn’t have been worried because I ended up loving this book. It has been some time since a book would really keep me thinking about it at night as I was reading it or from some time after finishing the book.

I heard alot of people complaining about the start of this book, how it was too slow, so I had braced myself. But I had none of those feelings. From Chapter 3 on I was hooked into the story and into the characters. The plot itself is interesting. The idea of Blue’s true love prediction and what happened at the graveyard early on hooked me. I was scared that maybe this book would turn to romancy and take over the plot but that wasn’t the case at all. Whilst I find the plot, their search for the raven king interesting there are other things that I fell for.

This book however is more character driven than plot driven. Which is something I love. Characters make the book for me. The heart of it all. Especially when characters have a strong underlying bond and have some lovely sarcastic remarks. I laughed out loud a few times throughout this book. The start focuses on setting up their lives, their backgrounds and the bond they have already have before the book started. Then the plot starts in properly.

The boys, I suspect, I will get my heart broken with this series. Clearly we are heading towards disaster. Gansey is the one that drew the boys towards hi, He has the kind of personality that is magnetic in a way, once you get to see a glimpse of the real him. I can see myself falling for Ronan in the next few books. He has something in him that is vulnerable and is loyal to his friends. I’m going to fall for that. Adam is the straight shooter. I recognised his desire to want to do things on his own and not accept help when needed. And then there is Noah. I have the least appeal to him, but even so what happened to him did hurt because it affected the other characters.

Blue Sargent is a great main character. I like her. She doesn’t overpower the book like happens in other books. She really becomes a part of the book. And she has attention for all four of them. I also like how the adults weren’t clueless about something going on and to a point became a part of what happened at the ending.

Like I said, we’re heading for a disaster. I’m going to get my heart broken, And I can’t wait to get into it.