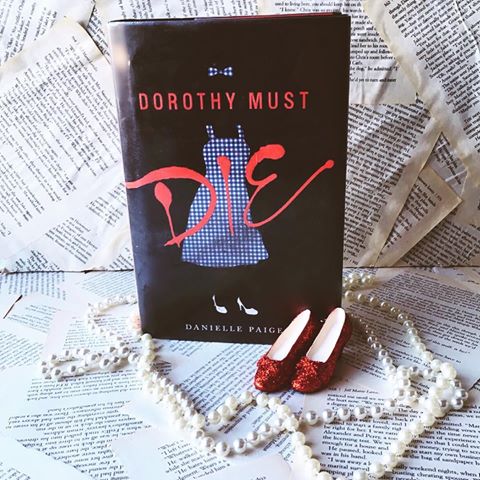 These people are psychotic.

I love the world-building in this story. I could picture everything Paige was describing to her audience. This is a huge accomplishment for me because most of the time when I’m reading a fantasy or a setting unfamiliar to me, it’s difficult for me to imagine the setting the author is trying to describe. She was so descriptive and informative to all of the surroundings. It felt like I was there with Amy every step of the way. It was extremely fast-paced and I was constantly left wanting more when I had to put the book down.

The characters wee very well-developed. Each character played an important part in the story and they all had their own voice. The villains were phenomenal. They each had their own personality, but together were complete evil. Dorothy, though not as creepy as the others, though Dorothy, Scarecrow, Tinman, and Lion are obviously our main villains, I think most people leave out another villain in this story: Amy’s mom. She has no trouble up and leaving her kid to fend for herself, she doesn’t take care or pay attention to her. Just because she isn’t physically trying to harm Amy, she is still doing so much damage to her mentally. I’m really looking forward to how their relationship plays out in the next novel.

I felt like our main character, Amy was relatable in a way. I’ve noticed alot of reviewers saying they didn’t enjoy the “insta-love” and felt it was unnecessary. I agree it felt out of place, but we also have to understand the age of the main character and her situation. I think Paige was just channeling a typical teenager.

Though I really enjoyed the story, I ended the novel with so many questions that were left unanswered. I’m definitely going to pick up the rest of the series as well as other works Paige publishes. I really love her descriptive writing. I’m very happy that I finally picked up this creepy, fantastical re-telling of The Wizard of Oz.