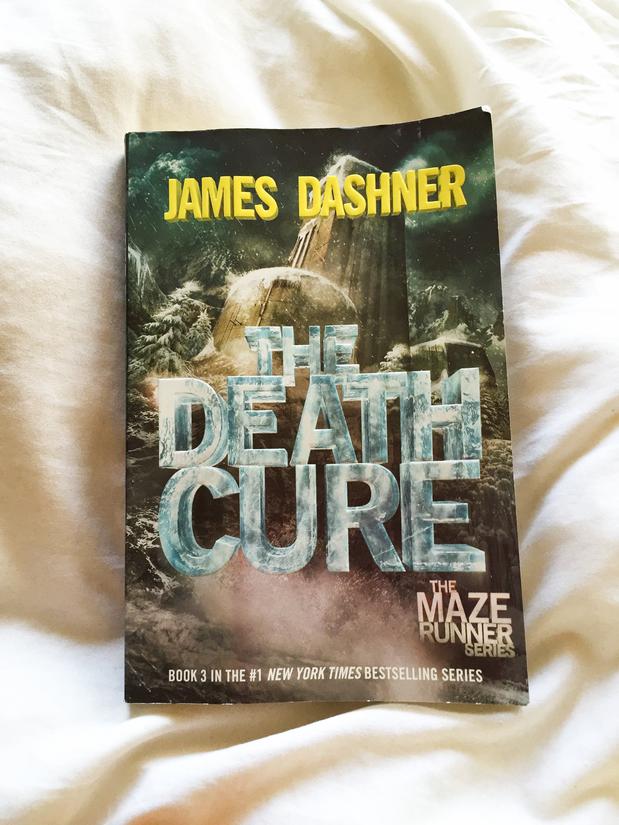 I was pleasantly surprised by how much I enjoyed The Death Cure. After feeling “meh” about the second novel in The Maze Runner series, I was worried that The Maze Runner was a one hit wonder book, with two more novels tagged on for the sake of making a trilogy. I’m so glad this wasn’t the case. Dashner’s writing is still basic, with far too much telling and not enough showing, but he makes up for this with the fun banter he creates between the characters and his flair of suspense and intense action scenes.

I love that this book played mind games with me. Half the time I had no idea what was going on, or who to trust. And because the plot is so fast-paced and filled with action, you don’t really have the time to ponder each question before you’re hit with another three to work out.

I’ll admit, I didn’t buy the logic Dashner created for WICKED’s experiment for solving the Flare one bit. I was hoping the third book might explain it more, but all that rubbish about testing brain patterns was not remotely believable and seriously flawed. However, I’ve never taken this series too seriously on the science front so I was able to overlook that doozy, even though it probably had other readers tearing at their hair. I also everything up. I felt like he needed to explain the aftermath of events better so that we could more closure for the character’s stories.

The main aspect I liked about The Death Cure was that it went back to the core of what I liked about this series, the bromance. Although, I originally felt Dashner’s character development was his weakest link, I’ve really come to care about those Gladers, Thomas, Minho, and Newt. I love that Thomas is such an understated hero, I love roguish Minho and his sarcastic blokey quips, and I definitely love Newt who is always putting others safety above his own. He’s so squishy and cure, and hard done by.

Overall, I’m pleased with how this series ended. Lots of action, great banter. Although I wish there could have even a little more closure at the end, and the plot didn’t always make logical sense, I found myself having a blast following Thomas’s adventures anyway. I’ll always think of this series fondly when I look back on it. And I’ll be interested to see if the prequel helps fill in any of those unanswered questions.